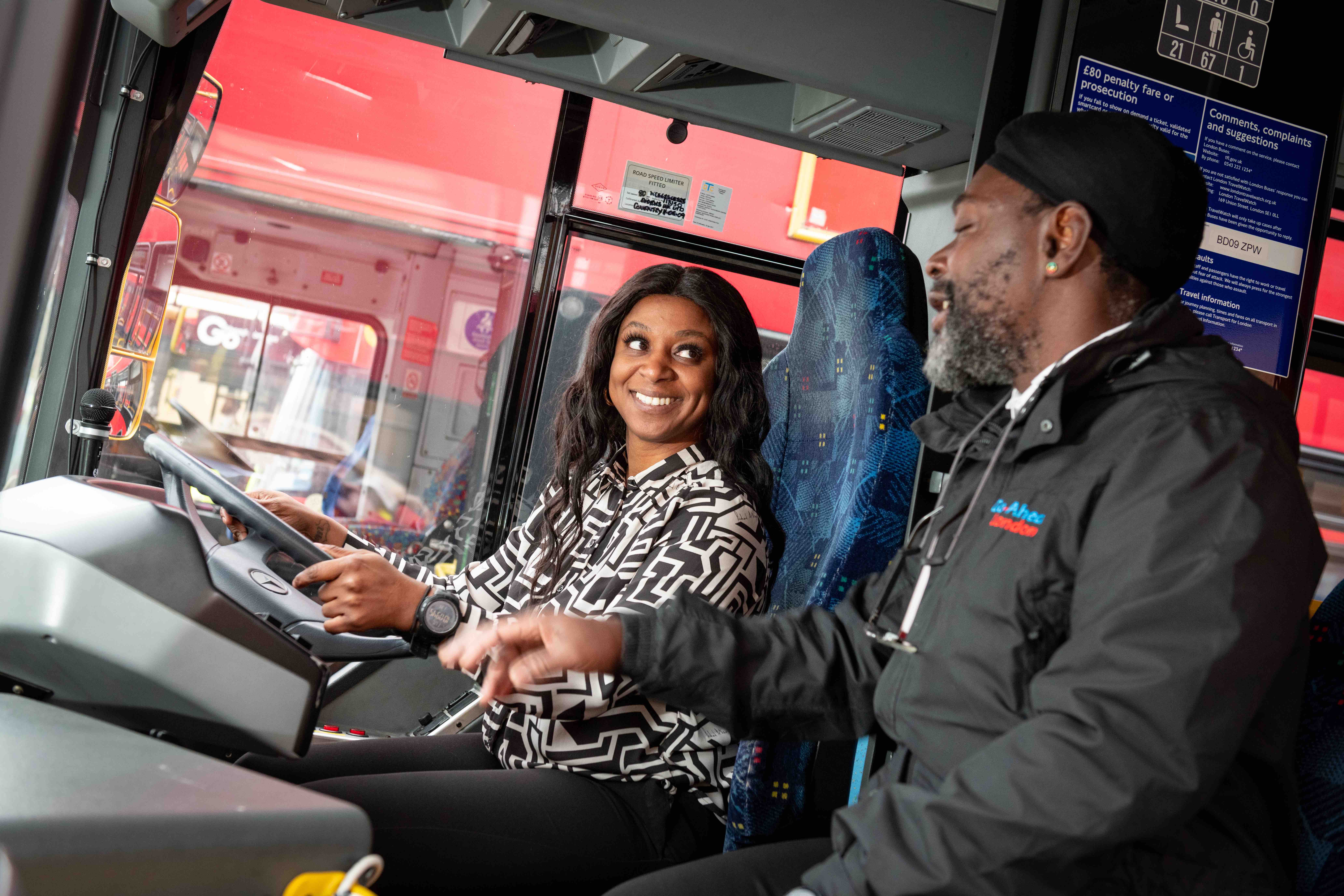 The Go-Ahead Group has recruited more than 50 apprentices a month during 2020 despite the disruption caused by the Covid-19 pandemic.

Whilst focusing on keeping services going and ensuring customers and colleagues are safe, Go-Ahead has continued to take on apprentice drivers, engineers and customer service workers.  In 2020 it has recruited   650 apprentices as part of its commitment to invest in its workforce for the long term.

Applications for roles at Southeastern, Govia Thameslink Railway and Go-Ahead London have surged to record levels. The number of people seeking rail jobs has doubled, while enquiries about roles driving and maintaining London buses are up by a third.

In addition to young people applying straight out of education, many applicants are job switchers who have been prompted by the pandemic to seek new careers. New recruits include an airline pilot, a former prison van driver, a guitar instructor, a teaching assistant and a veteran of the French foreign legion.

Southeastern has hired almost 230 apprentices in engineering, customer service and train driving this year. It was recently named one of the Top 100 Apprentice Employers in the UK – the only train operating company to make the Government’s shortlist. Govia Thameslink Railway has recruited 188 apprentices, of whom 28 per cent are female.

Apprenticeship programmes have been hit hard across numerous sectors due to Covid-19. According to the Department for Education, apprentice starts have decreased by nearly 50 per cent in 2020[1].

In spite of the challenging environment, Go-Ahead has pushed ahead with its scheme, demonstrating the company’s commitment to training and push for championing diversity.

Go-Ahead’s Group People Director Scott Maynard said: “The pandemic has prompted many people to change careers – either through choice or because their previous jobs have become untenable. A lot of people who wouldn’t have previously considered working in bus and rail are looking at opportunities in the industry in a new light.

“Public transport is critical for our future and is essential in the fight against poor air quality and climate change. We will always need great people to help us drive our buses, maintain our trains and help passengers on their journeys. Apprenticeships are just one of the ways we are investing in our future.”

High-res photography and case studies are available by request.

Go-Ahead is one of the leading UK public transport operator companies.  Our purpose is to be the local partner taking care of journeys that enhance the lives and wellbeing of our communities across the world.  Employing around 30,000 people across our businesses, typically over 1.2 billion passenger journeys are undertaken on our rail and bus services every year. In addition to the travelling public, our customers include governments and local authorities. We are committed to contributing to tackling climate change, improving air quality and reducing social isolation, and aim to run a zero emission bus fleet by 2035.

Go-Ahead is one of the UK's largest bus operators. With a fleet of nearly 6,000 buses, we carry over two million passengers every day. We have a strong presence in London, with around 24 per cent market share, where we provide regulated services for Transport for London. Outside London, we principally serve high-density commuter markets, including the North East, Greater Manchester, East Yorkshire, East Anglia, South East and South West England. Internationally, we operate a bus contract in Singapore and two bus contracts in Ireland.

The rail division operates two franchises in the UK, three contracts in Germany and one in Norway. In the UK, Southeastern and GTR (Govia Thameslink Railway) operate through our 65 per cent owned subsidiary, Govia, which is 35 per cent owned by Keolis. It is the largest rail operation in the UK, responsible for around 30 per cent of all UK passenger rail journeys through its rail franchises. In Germany and Norway, our contracts are run exclusively by Go-Ahead.