Following the launch by the Go-Ahead Group (LON: GOG) of its ground-breaking on-demand bus service in Oxford, more than 1,600 riders have signed up to use the service, beating initial expectations.

PickMeUp, which began operating on June 25th, allows passengers in eastern Oxford to summon buses to pick them up on a street corner of their choice, to go to a bespoke destination. 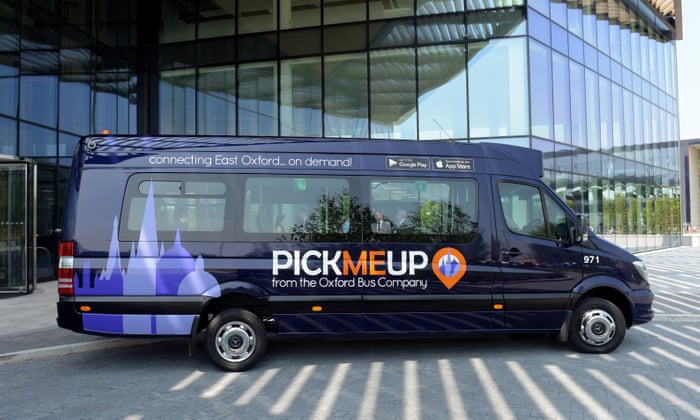 The service, which is being managed by the Oxford Bus Company on behalf of Go-Ahead Group, is the largest scheme of its kind to be launched by a UK bus company. It offers complete flexibility, allowing customers to choose both the starting and finishing point of any journey, within a zone around eastern Oxford and surrounding districts.

Phil Southall, Managing Director of the Oxford Bus Company said: “We’re delighted with the initial reception to this service, which underlines latent demand for buses that people can summon on demand. We knew from our research that people are looking for a swift, convenient affordable alternative to cars and taxis, which offers more flexibility than a traditional bus.

“This is a new idea in transport, using the very latest mapping and co-ordination technology, and it’s got the potential to be part of the solution in tackling air quality and traffic congestion in many towns and cities.”

PickMeUp has been launched in an area with high concentrations of car use, with more than nine out of ten commuters travelling to work in their own vehicles. The initiative is intended to tackle worsening traffic congestion and a shortage of parking as Oxford’s economy grows.

Go-Ahead has partnered with cutting edge New York ride-sharing startup Via to launch the service. Via is a global leader in ride-sharing technology with operations in New York City, Chicago, Washington DC, London, and Amsterdam, and a growing number of partnerships with cities, public transit authorities, and private operators around the world.

At an introductory price of £2.50 per journey, the service is much cheaper than a taxi ride, while offering a more bespoke service than a traditional bus. Employers in Oxford can specifically benefit from the service, with competitive packages available providing free or discounted travel to work for employees.

The launch builds on recent transport innovations by Go-Ahead, which operates the largest fleet of electric public transport buses in Europe, and runs the UK’s only all-electric bus garage, located in central London.

“PickMeUp is the latest step in Go Ahead’s vision of taking care of customer journeys. We are always looking at ways to better understand and meet customer needs in the future through technology and innovation.

We look forward to seeing how this develops and how it can be rolled out across the UK in the future.”

Employers in Oxford are particular targets for the scheme, with competitive packages available providing free or discounted travel to work for employees.

Via Co-Founder and CEO Daniel Ramot said: “Via's powerful technology is seamlessly integrating with public transit infrastructure around the globe, redefining the way people get around cities. We're delighted to join forces with Go-Ahead to launch this ground-breaking on-demand service in Oxford, providing residents with a convenient, affordable, and congestion-reducing dynamic transportation alternative."