From Aleppo to the Go-Ahead Group

From Aleppo to the Go-Ahead Group

For Shadi Hentayeh, driving a Go-Ahead train in Germany marks the end of a long journey – from war-torn Syria to safety, and to a job he finds deeply satisfying. 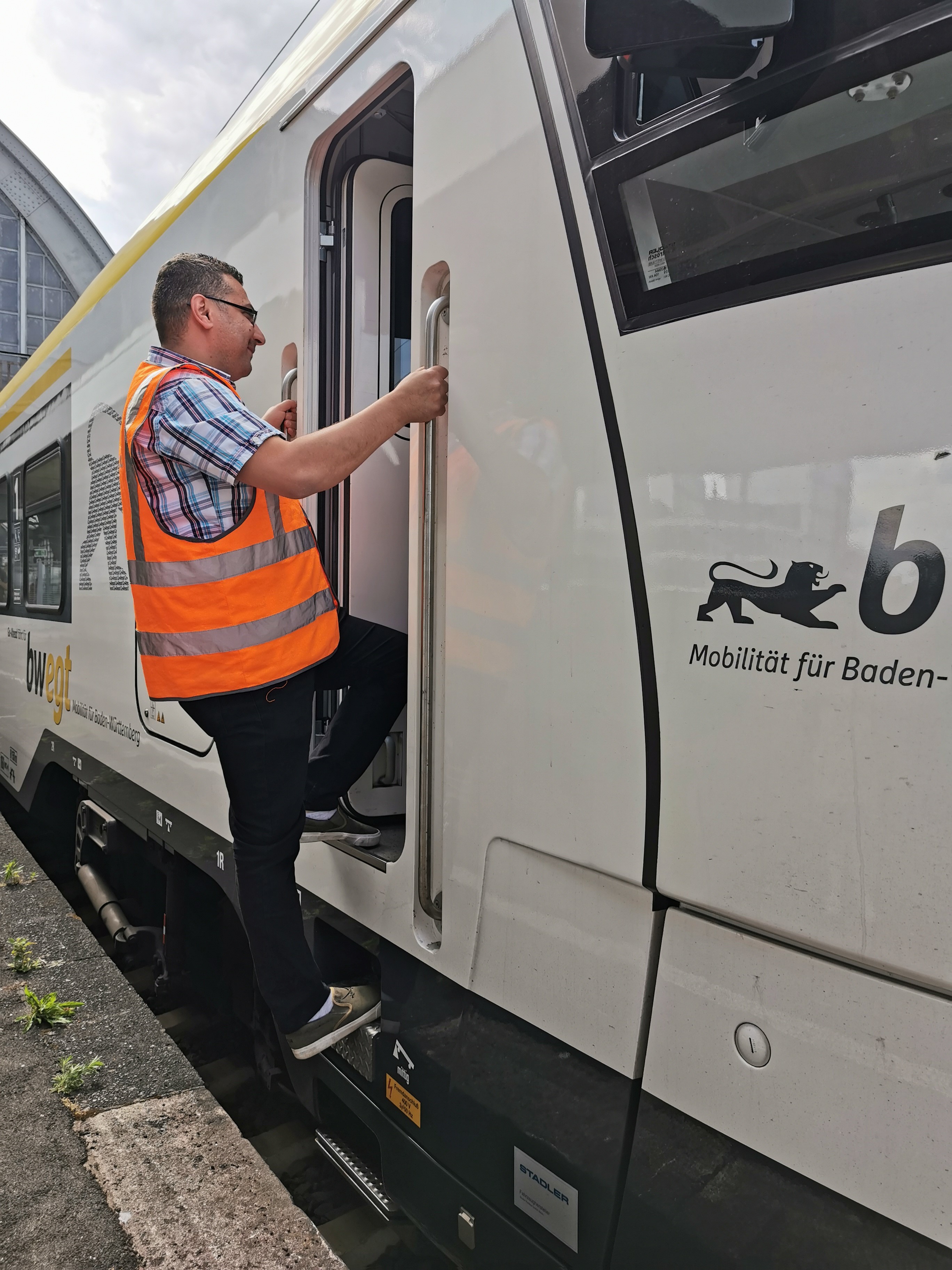 A cutting machine operator in his homeland, Shadi fled Syria in 2016 to escape a brutal civil war. Initially, he took his family to Lebanon – he recalls: “It was a country full of refugees, and a very tough situation. When my wife was pregnant, we were living in a house with 14 other people, and we had no work.”

Shadi’s wife sought refuge with his parents in Aleppo, a city which has become synonymous with confrontation between warring factions, and later in Turkey. The couple eventually saw an opportunity to flee with their son to Europe, joining an estimated 800,000 refugees in Germany.

In Baden-Wurttemberg, Shadi found a job working on an assembly line at a Mercedes-Benz factory before spotting an advertisement seeking train drivers. The ad, themed around the three lions that are the state emblem of Baden-Wurttemberg, initially confused him.

“I didn’t speak much German – I thought it was an advertisement for the circus!” Shadi says and laughs. “A neighbour explained that they were looking for train drivers.”

Keen to move on from his repetitive factory work, he approached Go-Ahead and was helped to learn more German before being given his first glimpse of the cab of a train.

“They took a group of us onto a train, into the driver’s cabin, and allowed us to sit on the driver’s seat. The instructor told us to look ahead and see our future,” he says. “It was a big moment for me. I realised it was the right place for me.”

Shadi’s training was under an initiative started by the state government to encourage refugees to re-train on the railways, in order to help address a regional shortage of train drivers.

Following a rigorous course in both the practicalities of train driving and in improving his language, he has been driving trains for Go-Ahead since 2020 – between Karlsruhe, where he lives, Stuttgart, Aalen, Ulm and Wurzburg.

“People respect what I’m doing,” he says. “It’s a job with a great deal of responsibility.”

Go-Ahead, along with other rail operators in Germany, is now providing free transport to refugees from another conflict – this time in Ukraine. And the state of Baden-Wurttemberg is launching a new course for refugees to become train drivers in July this year.

“My message to anybody reading this is give it a try – and see if you like it, but have the confidence to try,” says Shadi.

This year, Shadi featured in a documentary film about the successful integration of refugees in Germany – which will be shown in cinemas as part of a campaign to tackle prejudice and racism. But he remains focused on his day job.

“I’m happy to be a small part of the big family that is Go-Ahead,” says Shadi. 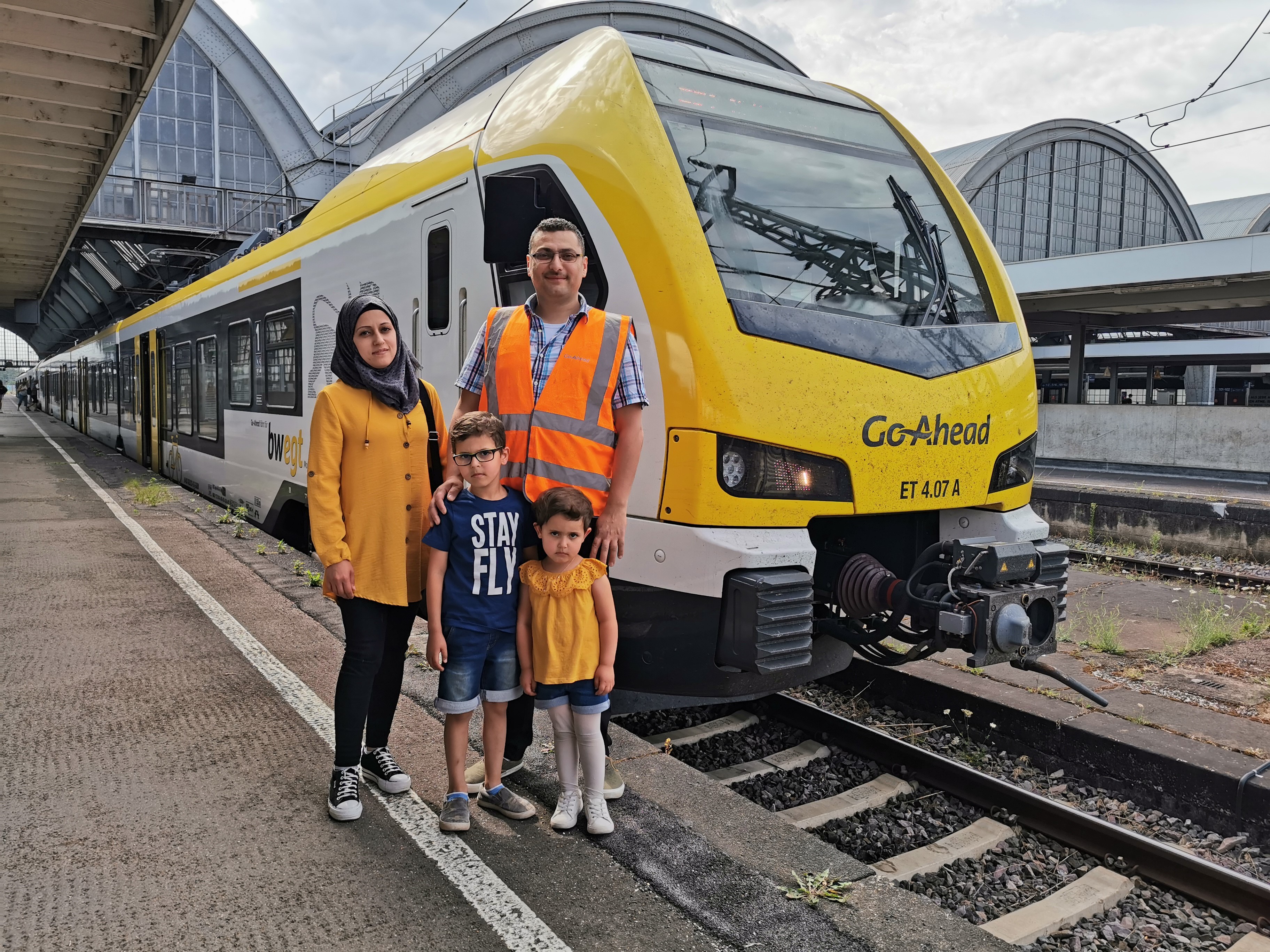 To find out more about Go-Ahead’s training program for refugees, please click this link or contact Mia Nikolic - mia.nikolic@goahead-de.com