Gary Edmunson: Bringing buses back to front of mind

Gary Edmunson: Bringing buses back to front of mind

Go North East's Operations Director Gary Edmunson on the Billion Journey Project and why partnering with startup innovators to win over non-bus users excites him.

Buses aren’t for everyone – or so some think. This is the reality in an era when tapping an app to hail a cab has become de rigueur for many.

Our mission is to generate a reaction akin to Prince Charles when faced with the prospect of another trip on the now-decommissioned luxurious Royal Yacht Britannia: “I’d rather go by bus. There is nothing nicer in the world than a bus,” he famously said.

And in the decades since he uttered those words, the world and buses have changed enormously. Car ownership has grown exponentially, roads have become more congested, and yet alongside those shifts there’s evermore demand for speed and convenience.

Technology has made it possible to expect instancy. Seemingly lost to the appeal of the simple bus are the aforementioned generation who take a cab from A to B.

All this, despite the fact journey times on buses versus cars are getting better, contactless payments are possible, and our apps enable you to track the whereabouts of buses on the route.

As more work is done to create a greater number of bus priority lanes across the network and more vehicles are modernised, we’ll only see those benefits heighten. And this is without going into a cost comparison of using a bus versus a cab or car.

We at Go North East and our colleagues at Brighton and Hove Bus, want to change some of the outdated perceptions and reach an audience that is yet to recognise the convenience, comfort, as well as health and environmental benefits of travelling by bus.

That’s why we have teamed up as co-sponsors of Billion Journey Project, the UK’s largest privately funded multi-modal transport innovation programme. 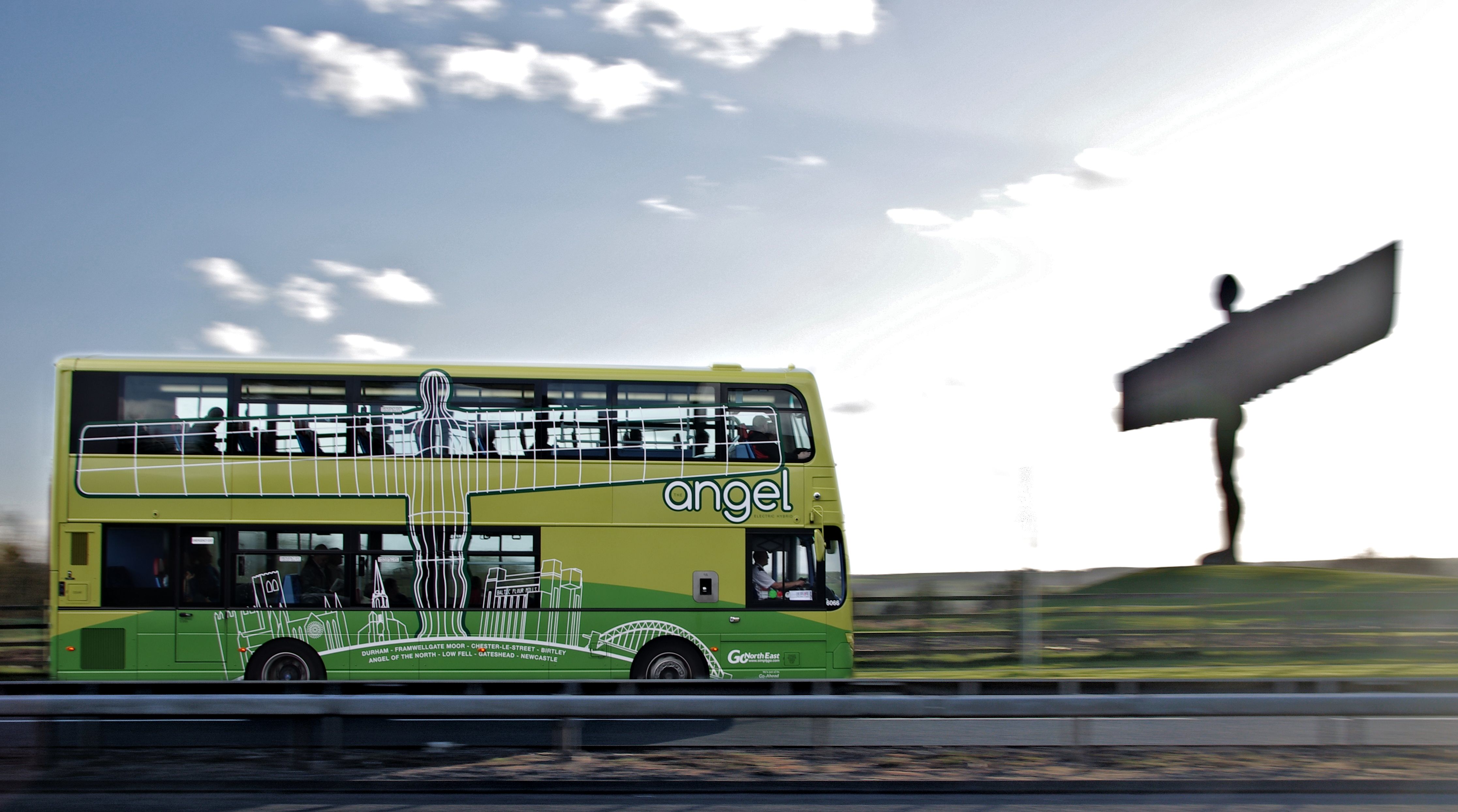 I’ve spent over 30 years at Go North East, where I started out as a bus driver. Now, as Operations Director, I’m excited about the prospect of bringing further innovation via collaboration with startups to meet the changing needs of commuters in the region.

As I’ve mentioned, there are all sorts of compelling reasons why the non-bus using population in our region should consider the bus. But we need new technologies and approaches to deliver that message.

You might wonder why we’re so keen to find new ‘riders’. Around 170,000 customer journeys are made by bus on Go North East services every day, equating to more than 62 million journeys a year. In the south, Brighton and Hove Bus & Coach Company was responsible for 67.5 million customer journeys across the year to July 2019.

Huge numbers and yet there’s capacity for more on our increasingly modern 700-strong fleet in the North East and 300-plus fleet in Brighton and Hove. Furthermore, we’re ready to back greater bus use with an expansion of our fleets.

Many won’t realise there are now routes with free WiFi, USB ports, tables and more comfortable seats. Increasingly, the vehicles are greener too. In February, Brighton and Hove announced that it had won funding for 20 new zero-emission fuel cell electric buses – part of its ambitious plan to have a zero-emission fleet by 2030.

In my own region, we’re also pushing our low-emissions zone, with engines that are about as clean as you can get. It’s likely that many non-bus users are in the younger demographic and part of a generation so passionate about climate change.

We need tech solutions to identify them and reach them with highly targeted, personalised messages to encourage them to transition to a new way to travel.

Through the Billion Journey Project, we have a truly exciting remit with enormous future potential. After all, Go North East and Brighton and Hove Bus & Coach Company are both part of £3.8bn revenue Go-Ahead Group, one of the UK’s leading public transport companies.

We’re offering startups the unrivalled opportunity to collaborate with us on a proof of concept programme, which will result in potentially lucrative pilots across bus services in our regions – with the expectation that successful pilots will roll-out on a national scale.

Startups will gain access to the vast bank of data we possess, including passenger footfall, types of tickets sold, the times tickets are sold, vehicle diagnostics, and real-time service performance, to name a few.

We’re excited about bringing innovation into the industry from the outside. Sometimes the simplest solutions are out there; you just don’t know they exist.