David Brown: Bus services are vital and a space to connect

David Brown: Bus services are vital and a space to connect

The volume of noise on a public bus varies by the clock.

During the morning rush hour, when it’s packed, it’s often oddly silent as sleepy commuters check email on their smartphones. 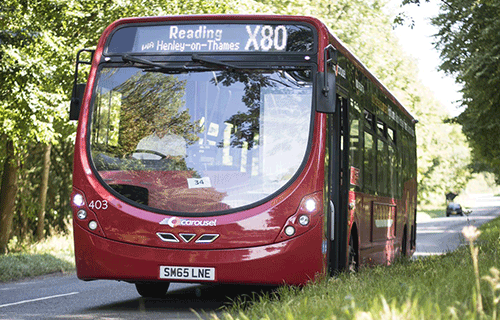 Later in the day, there are seats available, but there’s more of a hubbub in the air as families, shoppers and tourists rub shoulders.

Buses are fundamentally social spaces. Since the 1820s, they’ve provided crucial links between communities. They’re affordable, accessible and are relied upon by the most isolated people in our nation to access local services. But they’re losing their ubiquity – just as we most need them, at a time when an epidemic of loneliness takes hold.

Nine million people across the UK say they always, or often feel lonely – a staggering figure, which is higher than the population of Scotland and Wales combined. While age, health and family structure play a part, a key determinant is geographic or economic isolation – an inability to get to shops, schools, town centres, libraries or even jobs is, quite simply, bad for your health.

Crucial links provided by buses to often less affluent communities are under threat. For eight successive years, local authority spending on buses has fallen. Support overall has dropped by 45pc since 2010. A recent study by the BBC found that the UK bus network had shrunk to its thinnest for 28 years, a decline comparable to the Beeching cuts on the railways in the Sixties.

For councils facing a budgetary squeeze, it’s often an easy cut to make. While they have a statutory duty to provide education and social care, their obligations on buses are vague and poorly defined – they need only support socially necessary services, which is left to local politicians to interpret.

My entire career has been on the buses – I began as a management trainee for London Transport, running a bus garage in the capital. As chief executive of The Go-Ahead Group, I no longer get behind the wheel very often, but I do have the privilege of seeing an overall picture of where, how and when people are travelling across the country.

We run buses linking rural communities in areas including Devon, Cornwall, Hampshire, Norfolk and the North East. And we put money into our services – we’re in the process of investing £23m in fleet, and in response to demand half of all our vehicles have Wi-Fi.

Many routes are used by older people or those on low incomes – people in the poorest quintile in the UK travel twice as far by bus, annually, as those in the top 20pc. Nearly eight out of 10 jobseekers have no access to a car, van or motorbike and are reliant on buses to get to interviews.

The private sector can do much to keep communities connected. In Plymouth, Southampton and Bournemouth, we’ve extended our commercially operated routes to maintain links to hospitals, schools and shopping centres that would otherwise have been lost due to the axing of subsidised services. On the Isle of Wight, we’re using volunteer drivers to keep essential routes viable – on three of those services, 93pc of passengers are travelling on concessionary passes. One route in particular, the 32, links communities around Cowes where vulnerable people really need a link following the closure of their local post office.

In Oxford, we’ve launched a new on-demand bus service, PickMeUp, to fill a gap where a full timetable wasn’t economical. And we’re even trialling “horseshoe” shaped seating on some buses to address isolation, and to make our vehicles feel more like a friendly, shared environment.

New routes, though, often need initial pump priming from local authorities to make them pay – and that’s disappearing, leaving “not spots” that are served by either no public transport or very sparse services. There’s also a need for sensible co-ordination by local government – a joined-up approach linking rail, bus, cycling and car sharing.

It’s great to see the Government taking isolation seriously through the recent creation of a minister for loneliness. This, after all, is a condition that is as bad for you as smoking 15 cigarettes a day.

I don’t doubt that there are many social causes behind isolation – and that there’s a universe of different ways in which we could be more inclusive towards our fellow citizens.

But a starting point would be for local authorities, even in straitened circumstances, to put more priority behind services that connect to their communities.

And the key to that is to help people who can’t afford a car to get into town and enjoy the hubbub of their local bus.