Daniel Corbin: Take a walk in a bus driver’s shoes

Daniel Corbin: Take a walk in a bus driver’s shoes

Why can’t we all just get along? Bikes and buses are both sustainable forms of transport but just occasionally, let’s face it, cyclists and bus drivers have a slightly different perspective.

In the spirit of taking a walk in each other’s shoes, Go-Ahead’s Singapore bus company has organised a role playing session offering an opportunity to build mutual understanding about safety.

Cyclists were given an opportunity to sit in the driver’s seat of a bus, and to see what a driver can – and can’t – see at the curb side and directly in front of a bus. Meanwhile, drivers got a first-hand chance to experience what it’s like to cycle on today’s busy roads.

The session was inspired by similar initiatives in London, where Go-Ahead London operates a quarter of all bus services, and is an example of good practice being shared between Go-Ahead’s international transport companies.

One scenario educated cyclists on steering clear of buses’ blind spots by avoiding cycling alongside a bus while a driver is negotiating a turn.

“Many a times, conflicts on the roads start with misunderstandings,” said Steven Lim, VP for Safety & Education, Singapore Cycling Federation. “We hope to have more of such events with other road users so that we all can have a better understanding of each other and able to share the road harmoniously.” 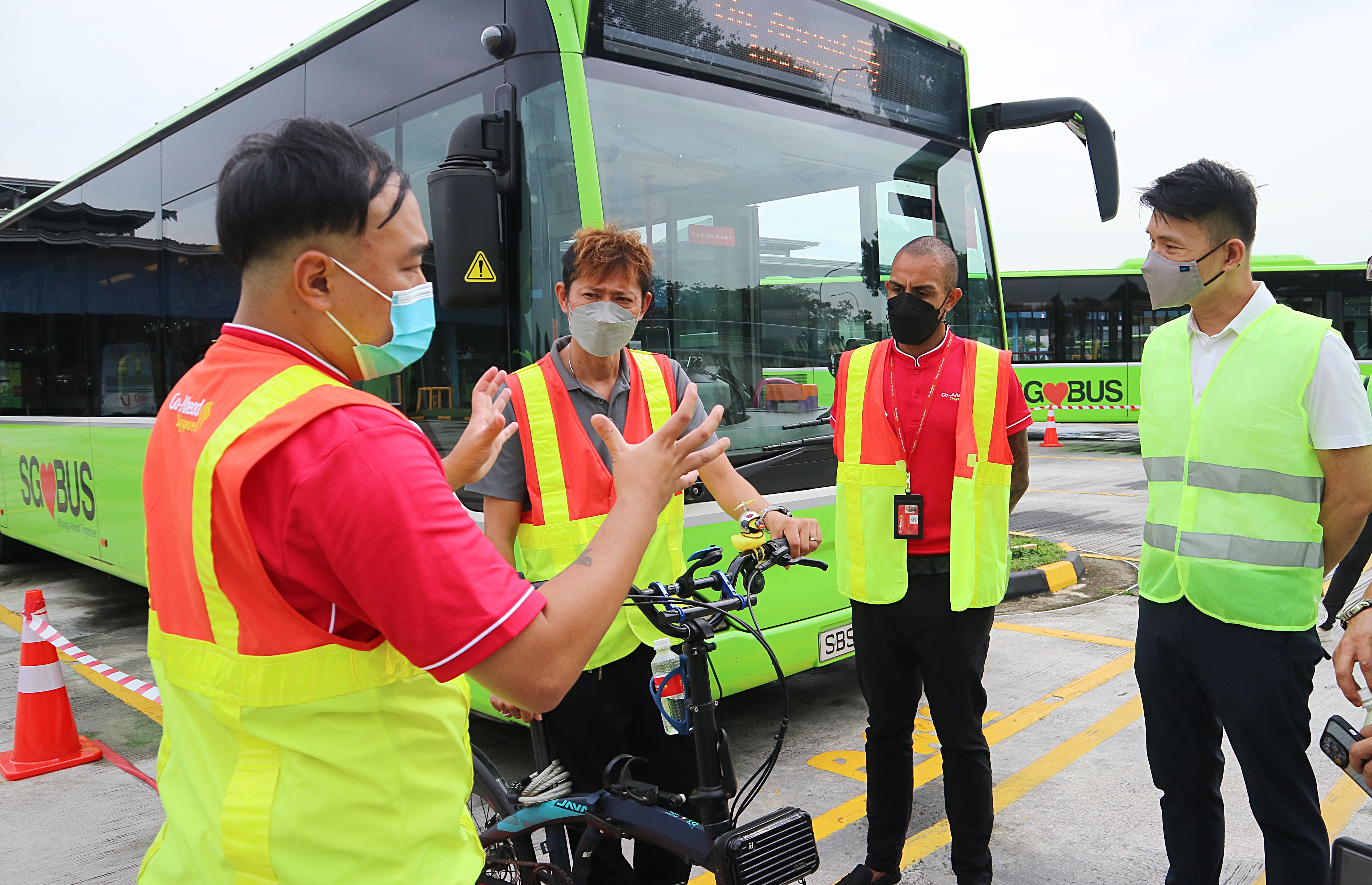