In all the years of Go-Ahead’s involvement with the UK rail network, few ideas have generated as much direct social impact as Rail to Refuge.

In April 2019, Darren O’Brien, a station manager at Southeastern, then operated by Go-Ahead, watched a Channel 4 Dispatches documentary on a womens’ shelter in Kent, which followed the lives of women and children fleeing abuse.

Moved by the stories of those involved, and by personal contact with people who had been in abusive relationships, O’Brien asked his manager if there was anything Southeastern could do to cover costs for victims fleeing abuse. The idea was quickly escalated through the management chain, and the Rail to Refuge scheme was born.

Within a year, train companies across the UK – including Go-Ahead’s Govia Thameslink Railway network – had picked up the scheme and, in partnership with Womens’ Aid, were providing free travel for anybody fleeing domestic abuse.

An impact report today concludes that the scheme has helped 2,265 survivors of domestic abuse, including 650 children, to reach safety. On average, Rail to Refuge helps four people find safety every day – and without the concept, 64% of those who benefit would not have been able to travel, and could have been left at increased risk of homicide or suicide.

Earlier this year, Darren O’Brien won an “outstanding contribution” award at the Women in Rail awards. And as an owning group, we are delighted that we listened to him, and were able to do our part to take the idea and help it to fly. Govia Thameslink Railway has given out many tickets under the scheme and we are proud to be ongoing supporters of it. 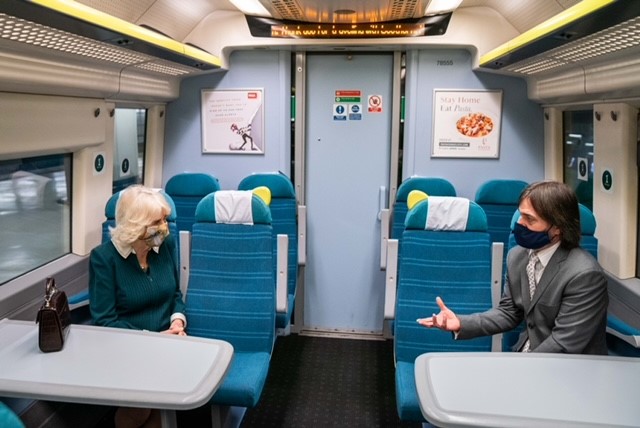